"Magic to me is like the piano is to Ray Charles."

He’s been seen on FOX, ABC, NBC, Masters of Illusion on the CW Network and also the TEDx Stage. Magician Shaun Jay started his career at the early age of 12 and has studied under some of the biggest names in magic over the past 18 years along with Jeff Mcbride  at the Magic and Mystery School. When not performing or speaking at events, Shaun uses his talents for 3D CAD design and prototyping as a trusted creative consultant for one of the world’s premiere and most respected magic brands, Paul Harris Presents. Shaun is part of an exclusive team that helps invent some of the most cutting edge illusions that are then sold to other magicians across the globe.

Magician Shaun Jay is frequently booked for festivals in Raleigh NC, Chapel Hill NC, Wake Forest NC, Cary NC. Morrisville NC, and Pinehurst NC, and Virginia Beach, Virginia.  With the help of his swift hands and a fast-paced show, he fascinates crowds with his unique brand of magic, so unique in fact that he has earned himself reviews in the conjurors international magazine, “The Linking Ring“, The News and Observer, Wake Weekly, and national Sunday news supplement, Parade Magazine.

From Cisco to Sprint, Sarah Lee to Southwest Airlines, and more, Magician Shaun Jay is frequently requested by Fortune 500 companies for large scale corporate events and continues to follow his passion, transforming events across the globe into magical experiences audiences remember! 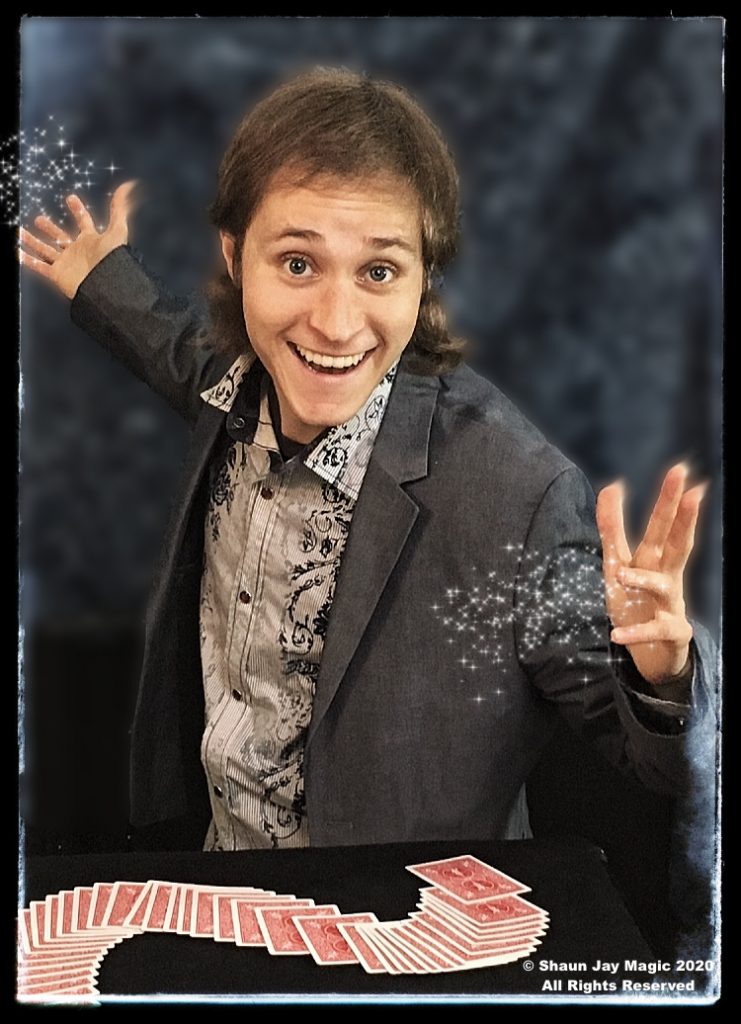